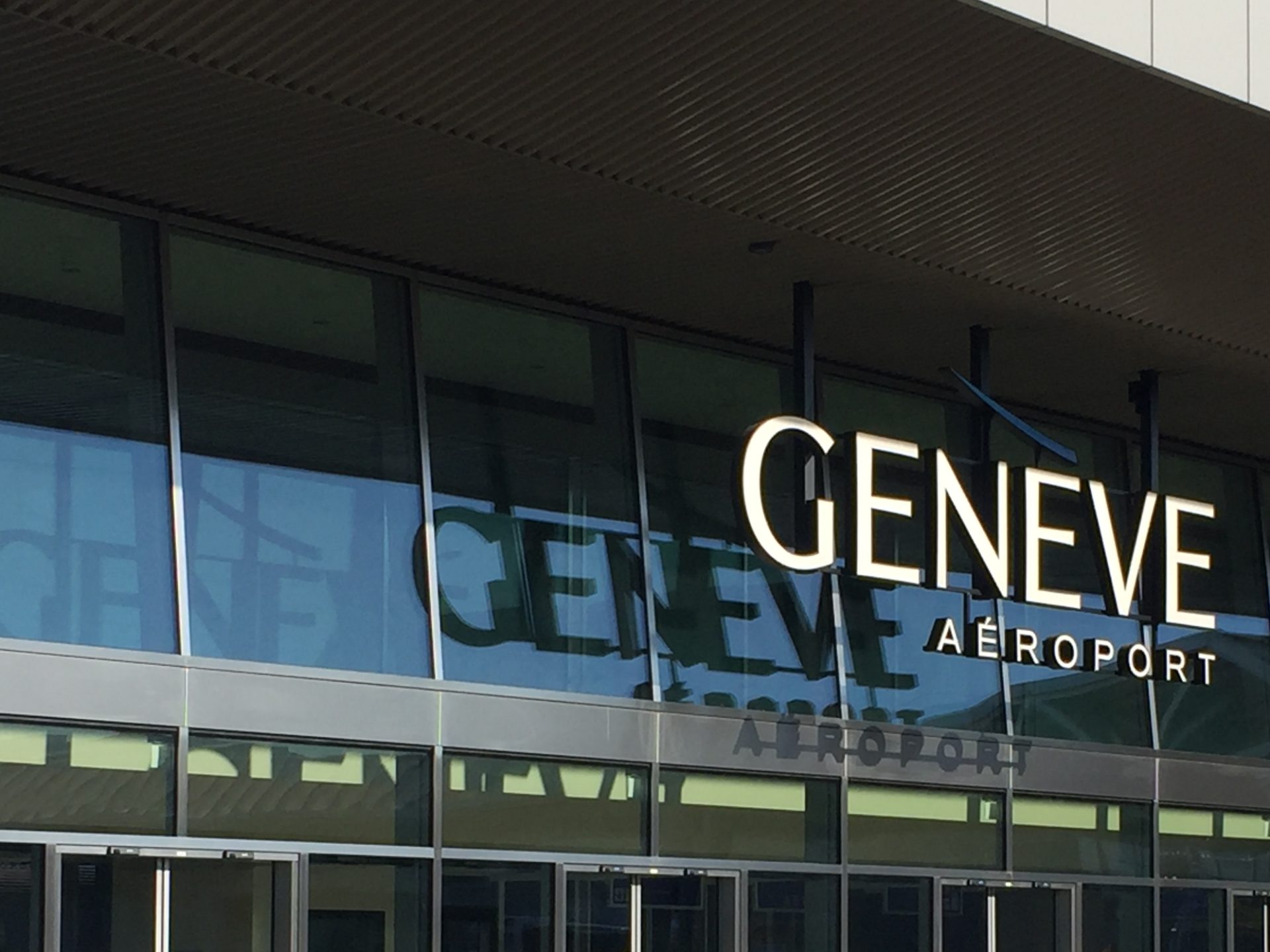 The uniformed chauffeur will meet and greet you at the airport terminal arrivals gate. A confirmation text will be sent prior to arrival which includes the mobile telephone number of the driver to enable direct contact if necessary.

The chauffeur will be ready waiting to assist you at the arrivals hall holding an iPad with the client’s name displayed;  or alternatively a SlopeStyle Transfers notice board.  The transfer vehicle will be parked as close as possible to minimise walking distance and the chauffeur will of course assist with your luggage.

Geneva airport was formerly know as “Cointrin Airport”. It is now the International airport of Geneva located  4km northwest of Geneva city centre. At an elevation of 430m , it straddles between the border of France and Switzerland.

The original airport terminal runway was constructed in 1920.  The first landing of a commercial jet occurring in 1959.  In 1968 the new terminal opened, designed to handle over 5 million passengers per year.

The first Easyjet flight landed at the airport in 1999.

The renovation and upgrade of the main terminal commenced in June of 2016.  Completed in December 2017 with an excess of 15 million passengers passing through the airport terminals each year. A large percentage of passengers heading for the alpine ski resorts of the Swiss and French alps.

The airport offers 90 minutes of free Wifi under the ‘Free Wifi GVA’ network.  There is also a GVApp that can be installed on smartphones and even Apples’ connected iWatch.

Year round flights operated by British Airways, currently 18 every week.

The airport actually has two sides to it, the Swiss side and also a French Sector.

Both the departure lounges and the arrival hall areas offer a reasonable selection of food and restaurant facilities. However take note that at peak ski season both areas become very crowded and the fashionable Montreal Jazz cafe at the arrivals hall can become quite crowded.  As can the sandwich bar diagonally opposite.  Both Euro € and Swiss francs CH are accepted at the shops and restaurants.

For those on an outward flight there is a Food Court up on the departure level the has McDonalds and Starbucks, amongst other options. There is also a large roof terrace offering a form of al fresco dining.

Another noteworthy point, with the recent heightened airport security, it can take a signifiant time to transit the security and passport control points. So make sure you make allowances for this when arriving for departure flights.