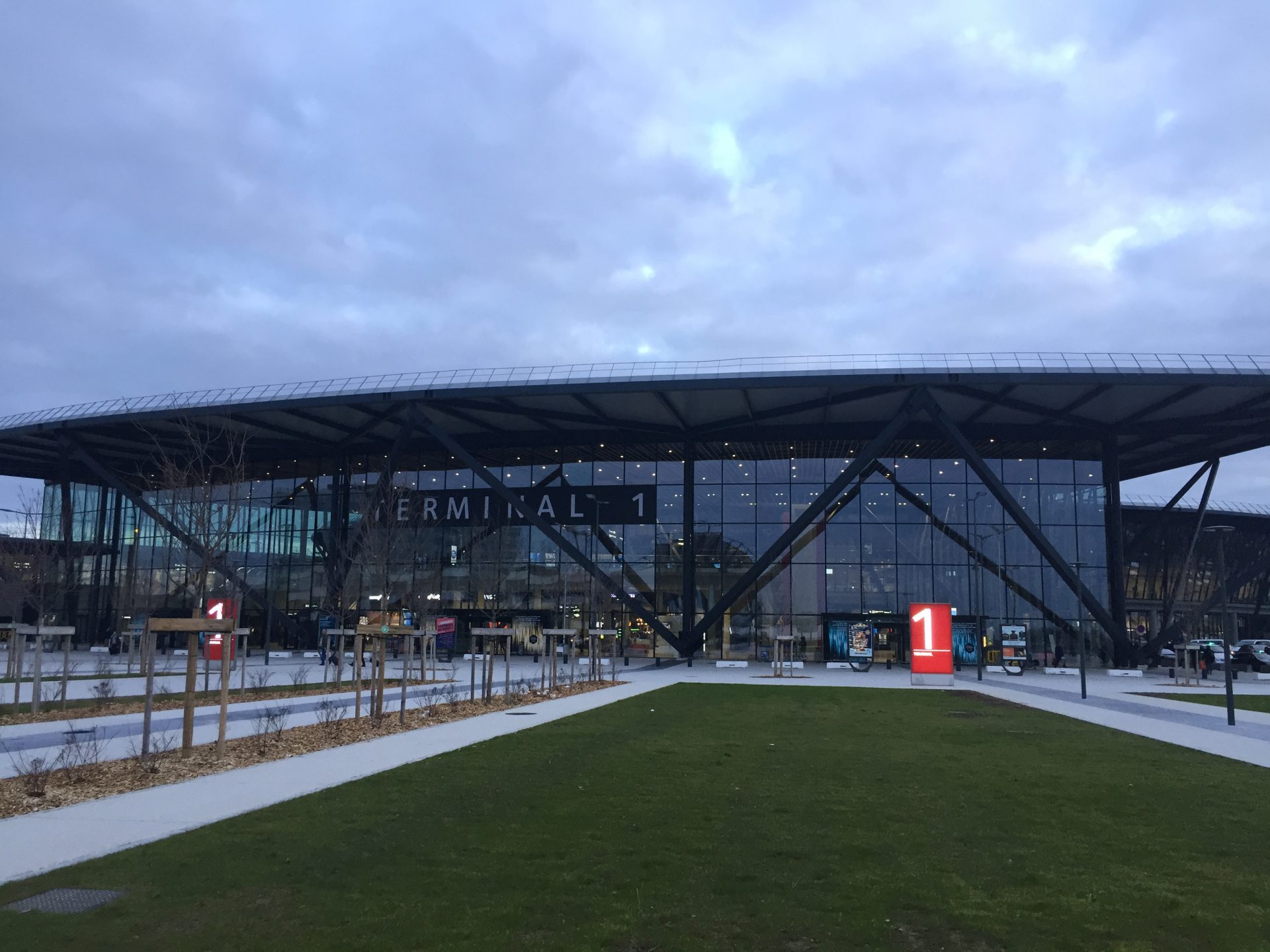 A confirmation text will be sent prior to arrival providing the name and mobile telephone number of the driver so that you can contact them directly if necessary.

The chauffeur will be ready waiting to assist you at the arrivals hall holding an iPad with the client’s name displayed or a SlopeStyle Transfers notice board.  The transfer vehicle will be parked as close as possible to minimise walking distance and the chauffeur will of course assist with your luggage.

The city of Lyon is the third-biggest city in France. The airport provides a crucial transport facility for the entire Auvergne-Rhône-Alpes region.  Lyon Saint Exupèry international airport (LYS), formerly known as Lyon Satolas Airport, is situated  20km southeast of Lyon city.  The airport opened in 1975 replacing the Lyon-Bron airport, which is now a private jet business terminal.

Renamed in 2000 after the famous French Lyonnais pioneering aviator,  Monsieur Antoine de Saint-Exupèry.  Terminal 1 opened in June 2018 after a total refurbishment. The airport services over 9,000,000 passenger per year, the fourth busiest airport in France.

It normally takes around 25mins for passengers to complete passport security checks and collect baggage from the carousel.

Rest room facilities are provided inside the baggage carousel area and immediately exiting the arrivals sliding doors, just behind the shop and cafe area. It is recommended that passengers visit the rest room before embarking on the transfer. There are limited opportunities en route to stop for rest rooms, at least for the first 1 hour of any journey.

The SlopeStyle Chauffeur will meet clients immediately outside the arrivals hall doors, they will be identifiable by holding either a SlopeStyle greeting sign or an iPad with the client name indicated.

For flight departures it is recommended to arrive a minimum of 2 hours prior to your departure time for a domestic or EU flight and 3 hours prior if boarding international destinations.  Air France is the main airline operating from Lyon airport.

Airport transfer pickup and drop-off points are the same. The short stay parking area located immediately outside the T1 building, is just a 3 minute walk from the arrivals gate.

For departure flight transfers, the same parking area is used, however a drive through rapid drop-off facility is provided.  Vehicles can only wait for the time necessary to offload passengers and their luggage.  If clients require further assistance, they should inform the chauffeur so that the vehicle can be parked in the short stay parking area if necessary.

Lyon Saint Exupèry international airport (LYS) consists of two terminals. There are two different pickup point locations for airport transfers, one for T1 and a different one for T2.

For T1 there are two short stay pick-up/drop-off parking areas, Parking A and Parking B. Terminal T2 has a separate parking facilities which is located immediately opposite the main T2 access doors.

You need to confirm the correct terminal pick-up location, T1 or T2, for your airport transfer.