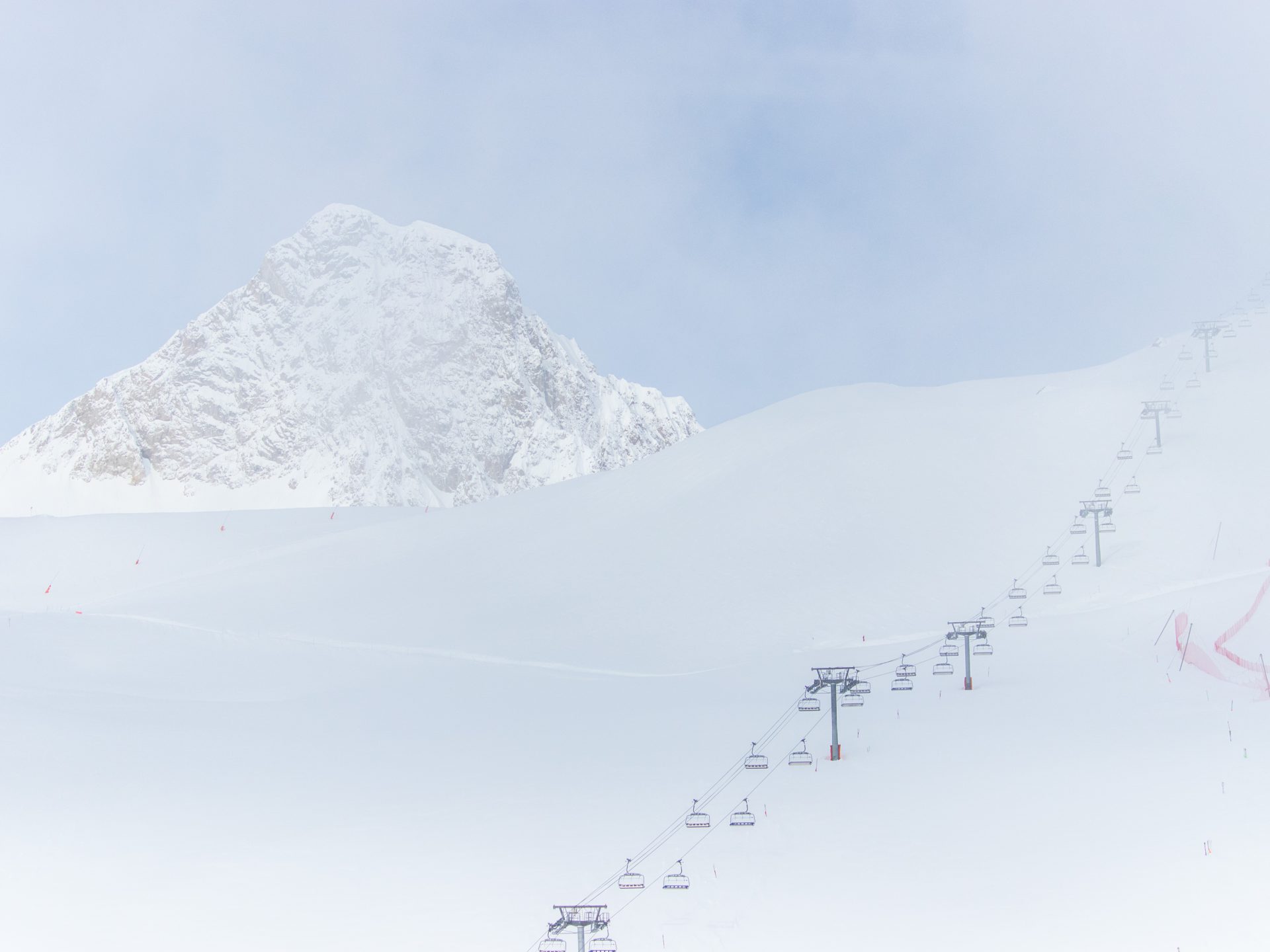 The main ski resort areas of Tignes dates back to the 1960’s.  The resort offers a mix of architecture from apartment blocks and hotels to more traditional chalet styled accommodation.  At Tignes 1800, known as Les Boisses, has been developed and now offers a wide selection of chalet styled self-catering accommodation with a more traditional alpine style offered by Tignes Les Brévières.

The gateway to Tignes, at 2100m, is marked by the Tignes dam, built in 1952 and the artificial lake fuels the highest hydroelectric power station not only in France, but in Europe. The dam is 300m long and 180m high, as a result of the lake the original village of Tignes was flooded. It was the work of a number of Tignard families who stayed after the original village disappeared and developed a new village that is now the Tignes gateway.

The ski resort of Tignes is renowned for its seasonal early opening, usually in October, it is classified as snow-sure resort offering not only a long winter season but can often offer the opportunity of summer skiing at the glacial ski area.  It is the second main resort of the Espace Killy ski area shared with Val d’Isère, it has a glacial summit reaching up to 3656m, the highest peak of the Grande Motte glacier. This peak is symbolic in the Tignes resort logo.

The famous high altitude glacier ski area can be reached in just 7 minutes from the main village via the Perce-Neige funicular, taking you to an altitude of 3032m, then by taking the cable car to the summit altitude of 3456m where you can experience the magnificent panoramic views across the French Alps.

Tignes consists of primarily five different villages with the highest being Tignes Val Claret at an altitude of 2300m which provides the access o the Grande Motte glacier area. Tignes Le Lac sits at 2100m with Tignes Le Lavechet just below at 2000m. Tignes 1850 as it is often known or more correctly, Tignes Les Boisses is further down the valley close to the picturesque alpine village of Tignes Les Brevières at an altitude of 1550m.

The higher resort locations of Val Claret, Le Lac and Le Lavechet are considered generally to be more lively when it comes to the apres-ski and night life with the lower villages offering a more relaxed low key alpine atmosphere.

There are 22 chairlifts to get you up the mountains and some 300km of pistes via 150 ski runs keep you entertained. In 2018, the Sache cable car and the Brévières chairlift were replaced with an 8 person cable car as a means to connect Brévières and Boisses ski areas which has now provided a more comfortable and efficient uplift system.

Near the “Henri” ski slope area a magic carpet named the “Val Claret carpet” provides a lazy way to get up the hill.

The resort has plenty to offer all levels of ability, with a selection of long wide pistes, snowparks and some of the best off-piste descents in the French Alps.